By invitation: Language is culture, don’t thrust it on us! 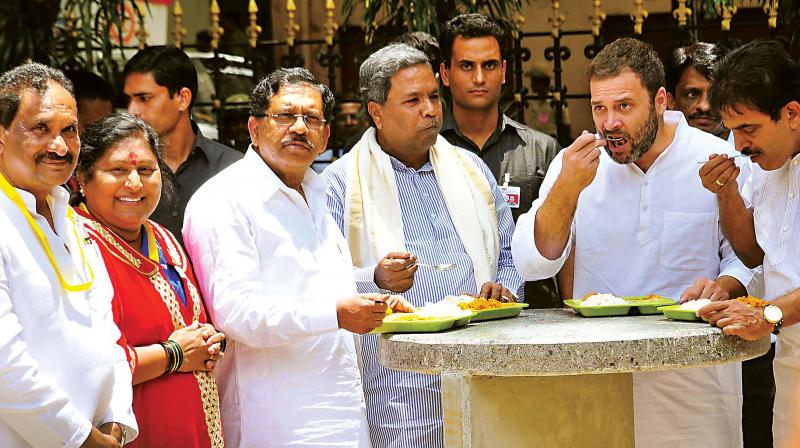 Before I proceed let me declare that I am a proud mannina maga. Born in Karnataka, I studied in an appata Kannada medium school. What’s more, my  first four classes were in a single teacher government school, where I learnt by rote Govinda Pai’s monsoon song, “Banthai banthai suntara gaali”, Kuvempu’s “Kuhoo jug jug poovittoovittaavu,” Sanchiya Honnamma’s “Hadibadeya dharma” and so on. And then followed a Bachelor’s degree in Kannada major, learning  Pampa, Ranna, Ponna, Janna, and  Keshiraja, Kumaravyasa.

That’s not all. I also taught Kannada as a first language in a high school in Namma Bengaluru to children studying in the Kannada medium and Kannada as a second language to English medium boys. I have also written in  Kannada magazines and dailies, initially using R. Manohar as my pen name.

But we all don multiple identities in a wired world. I am a proud Kannadiga, a true manina maga, proud of his roots and heritage. But I am also living in my country India, which is a melting pot of creeds, cultures, and languages. That is where I draw my Constitutional identity from.

Then I live in this global Halli (village), in this satellite, mobile, information halli, mingling with any number of people from anywhere , even while sitting in the confines of my room. So I am faced with this strange conundrum: Who am I? There is no easy answer as one has to don all three identities simultaneously.

But going by the Kannada Language Learning Act 2015 (KLLA), no matter who you are, every school-going child in Karnataka must learn Kannada language till class X. And namma mukhya mantri is hell-bent upon every child hating him for this.

Let me confess that I am neither a lawyer, nor the  son of a lawyer and so cannot argue the legal ramifications of the law. So let me reason with my heart like every hrudayavanthikeya (good natured) Kannadiga. There is no point in introducing compulsory Hindi in CBSE schools versus compulsory Kannada in Karnataka schools. When such bipolar issues are raked up, you need common sense and a thinking heart, and not  intellectual arguments.

In my view, anything is best learnt in one’s mother tongue. So what is the point in imposing any language, Kannada or any other? You want education to be effective? Then employ your mother tongue such as  Kannada for mannina makkalu, and Marathii for Marathi manoos, and so on.

Language is culture, and it should emerge out of us and not be thrust on us. Imposition can’t save namma samskruti, anyway.  India is multicultural and we work in various states, both in the private and government sectors.   Just because the government of India happens to post me in Karnataka for a year, why should my child struggle and hate both me and the language of the state?

If every state mandates that its language must be compulsorily  learnt by every child, what happens to our poor children, who can’t comprehend this politics of language? Bengaluru, unlike most other capitals, has a special place on the world map, being home to every global major company , and India’s Silicon Valley producing most of Karnataka’s wealth. By imposing Kannada on every child in every school what are we telling the world?  That we are chauvinists, and please don’t come to Karnataka or set up your businesses here? That for us learning Kannada is more important than peoples’ lives and livelihood? That Bengaluru is amaralu nagara (sand-city) and can collapse like a sand structure any time?

I am sure namma mukya mantri wants to distinguish himself from  the narrow localism of the Thackerays and the opportunistic beef clans at the Centre. It is a known fact that many of our politicians and agitation stars -with due respect to namma bhaashe- send their children to study in prestigious English medium schools in India and overseas and these rules are merely for the voters.

Anything is best learnt and preserved with love and persuasion, and not by force. So also Kannada and culture. Just because someone lives on namma nela, should they forsake their larger, Constitutional identity for a forced language? Force breeds contempt.

Chief Minister Siddaramaiah has tasted blood with #HindiBeda in Namma Metro. He has also won the hearts of Kannadigas with his  Indira canteens. He does not need any more linguistic jingoism to counter the BJP’s communalism in the race for votes.  He may strike gold with a handful of appata  Kannadigas in the Kannada belts, but will the majority tolerate the politicians’ hypocrisy?

In the context of the fast approaching Karnataka elections, KLLA looks an attractive option. But political games have a nasty habit of boomeranging. Is Mr Siddaramaiah listening? Namma mukya mantri  could instead interest children in learning Kannada with incentives like optional extra credits at the school level, Kannada competitions with visible recognitions, singing naada geethe and so on.  If children are won over, you have won over the parents, and of course, votes! It goes without saying that you have also contributed to Kannada culture and language.

The author is an Associate Professor of Communication Media Studies at St Joseph’s College Autonomous, Bengaluru

"Never give up, rise up!

An online learning programme for researchers, students and staff at the University of Oxford

Simple yet not Simplistic

Notes on Films and Culture

sandrellita on cinema and culture

If there is any magic in this world...

The world can be amazing when you are slightly … strange!

Experiences from the international Jesuit novitiate in Birmingham

Commentary on and links to online open-access film studies resources of note, by Catherine Grant

4 out of 5 dentists recommend this WordPress.com site

Check out my blog for views and rambles