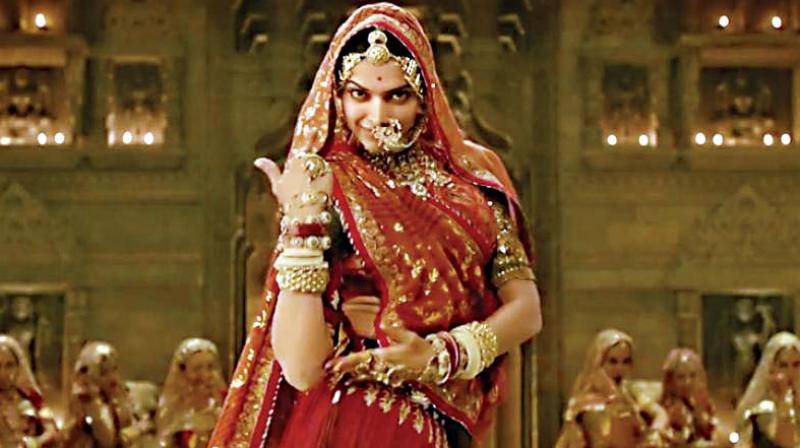 As the Padmavati controversy burns its way through the country, it must be said that we Indians have a great way of being in the news.

As the Padmavati controversy burns its way through the country, it must be said that we Indians have a great way of being in the news. When we can ignore something and simply choose to not bother ourselves too much with the things that irk us, we go the extra mile to keep it in our heads and give it undue importance. And then realise we contribute to the popularity of the very thing we hate!

That’s what we did with Amir Khan’s PK and Atlee’s Vijay-starrer Mersal.  And before that, that’s we did it with Rushdie’s Satanic Verses, Deepa Mehta’s Fire and Water, and Vishwaroopam. There’s also Udta Punjab, An Insignificant Man, Nude and S*** Durga, Dashakriya, and now Bhansali’s Padmavati. What this long list has in common is that it somehow contrives to hurt our community/ religious sentiments, with an entitlement that hints at the possibility that our sentiments might be more important than those of others! Interestingly, most of our reactions come much before we watched the film or read the novel. How is it possible to understand the content of the work even before we have consumed it? Let’s take the case of Padmavati. The most oft-heard complaint about the film is that it distorts history.

There are two fallacies to this ‘history’ argument: Even if it were to distort history, how do you know that it does so without watching the film in question? Joining the bandwagon doesn’t correct history – right or wrong. My teacher used to exhort us when we schoolkids: to criticise any text, you must read it first and know what it’s about. Only after that can you respond. We have clearly faltered on the first premise and pandered instead to our mob mentalities. We passed our judgement before having heard the case.

Many of these films would have gone unnoticed had it not been for the publicity our virulent attacks provide them. Reasonable protests have a place of their own in any democracy. It is not so much protest against them so much as the violence unleashed against them and how we confer them with the limelight! Consequently, those who may not have heard about it before will do so now. Such protests may or -most probably- may not serve the protestors’ purpose; but it definitely serves the purpose of some small writer and performer. Now, many people want to watch the film which is powerful enough to create “hurt” feelings! The forbidden fruit is sweetest, after all!

The second fallacy is that there is some objective history. Is it? Let us reformulate this question: is writing objective history possible? Writing implies two things: that some human agency writes it, and that it is written in some human language. The moment someone writes something, it takes on his/ her perspective, and the myth of objectivity is busted. If it is someone writing one way, someone else could write the same in another way. If someone sees a phenomenon from one angle, another sees it necessarily from another angle. It is always to do with the angle of this person or that, and not the thing-in-itself. A careful analysis of words busts our own myths of objectivity.

When someone writes history, one employs a mode of expression. Writing is an expression of the writer, extension of the self, and therefore necessarily of his / her personality, strengths and weaknesses, biases and prejudices, and likes and dislikes are part of any writing. It is to, this extent, conditioned by the limitations of the writer and written to and written about. Hence, all writing is subjective; hence objectivity is a myth. This is true of history as well – objective history is a myth.

Now looking at historical aspect of it: seemingly the queen was mentioned first by a sufi poet Malik Muhammad Jayasi, with a disclaimer that it is fiction. If that be the case, where is the argument of distorting history? History can’t emerge from poetry and fiction; nor can it emerge from majority’s beliefs. It can emerge only from hard facts and historical evidence, no matter how bitter they are. While respecting people’s personal beliefs about historical or ahistorical matters, we also need to respect others’ freedom to question their public expressions. That is what civil society is all about. That is democracy. Otherwise, we get into fundamentalism. And fundamentalism can only lead to doom.

The controversy surrounding Padmavati has already brought India a bad name from the international community; at home, it is wreaked havoc especially in some states ruled by a particular party. Reason would lead us to jump to conclusions about these sentimental infantiles, opportunist political parties, and fringe elements who take law into their own hands and tarnish the image of our country. Hence it is incumbent upon every elected government to reign in these loony elements, no matter how powerful they are or how violent they are. Political leaders are elected not to pander to the baser instincts of certain anti-Constitutional groups, but to uphold the Constitution. Violence can’t correct any history, it can only create lies. History or no history, through force, we distort the not history, but the story of an entire country.

"Never give up, rise up!

An online learning programme for researchers, students and staff at the University of Oxford

Simple yet not Simplistic

Notes on Films and Culture

sandrellita on cinema and culture

If there is any magic in this world...

The world can be amazing when you are slightly … strange!

Experiences from the international Jesuit novitiate in Birmingham

Commentary on and links to online open-access film studies resources of note, by Catherine Grant

4 out of 5 dentists recommend this WordPress.com site

Check out my blog for views and rambles